Romania has a serious dog problem. There is a huge excess of dogs in and around the streets – and not enough responsible owners willing to look after and neuter these dogs.

They have embarked on sporadic and expensive dog extermination campaigns which invariably fail.

Where neutering campaigns have been tried they have not been financed or managed properly, nor have they concentrated on the source of the problem – owned or semi-owned dogs.

By 14.06.11 the Community Police estimated street dog population as only 350 dogs.

Additionally there are at least another 10 owned dogs per sq.km which are properly supervised.

We count all dogs not in totally secure premises or not on the lead as being a potential problem to the municipality and the community and as being able to reproduce unless neutered. These are “unsupervised dogs” or “inadequately supervised dogs”. Supervised, owned dogs are not a social problem, especially if they are vaccinated and neutered.

We use a “circuitous transect” method to count dogs, driving at 10-15 k.p.h. from one side of the conurbation to the opposite side, avoiding main roads, and covering as many different streets, industrial areas and blocks of flats as possible without ever doubling back. Routes cross in the city centre. We assume that on average we can see all unsupervised dogs 50 metres either side of the vehicle. At intersections and where there is open ground we can see further than 50m. On walled or built-up streets we can not see beyond the edge of the road but we assume that enclosed buildings or yards cover on average 25 metres either side of the route and that any dogs present are not able to escape onto the streets. By measuring the distance travelled in km and dividing by 10 we arrive at the number of square kms covered.

We do dog counts in temperate weather (16-22 degrees C), on a dry but cloudy day, usually in the late afternoon or early evening. Many dog owners in cities encourage their dogs to go out onto the streets at certain times of day and there are indications that more dogs are on the streets in the evenings and at weekends,

By 14.06.2011the Community Police estimated Oradea`s street dog population as only 350 dogs.


CATCH AND KILL – a waste of money and doomed to failure .


Many cities in Romania have attempted over the last 20 years to solve their dog problem by collecting dogs from the streets and killing them – usually in barbaric ways.

Many animal lovers have attempted to persuade the authorities not to kill these dogs but to accommodate them in shelters. This is an impractical, unaffordable and often cruel policy, because municipal shelters invariably become “canine Auschwitzes”.

Why does Catch & Kill always fail ?

Because it is aimed at the wrong target. 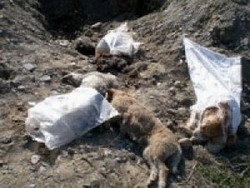 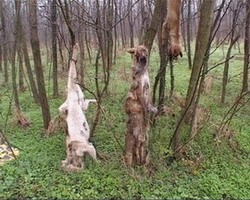 The source of the street dog problem is not feral dogs foraging for food. The most reproductively successful dogs are those with owners, or feeders or protectors. Very few puppies from feral dogs survive. Many puppies from well-fed dogs at petrol stations, factories, blocks of flats, car parks etc. do survive, at least initially to breeding age.

When municipal dog catchers come to collect and kill these well-fed “semi-owned” dogs, obviously the people tolerating those dogs 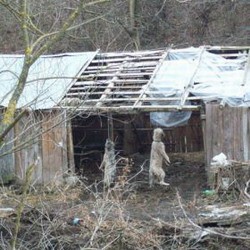 protect them. Some even bribe dog catchers to leave their dogs alone.

Therefore the problem is not the dogs themselves. We need to enlist the help of the citizens feeding and protecting dogs to have all fertile dogs sterilised.

THE ONLY MEDIUM-TERM SOLUTION – NEUTER & RETURN .

As we have shown in Bihor dog owners or semi-owners will co-operate with Neuter & Return programmes providing these are implemented by credible, humane and efficient animal welfare organisations. Some dog keepers such as gypsy communities or factory personnel soon overcome their initial mistrust when they see their dogs being returned to them after a few days vaccinated, neutered and healthy.


This programme cannot however be implemented successfully by poorly motivated and uneducated municipal workers – and certainly not by the same people who were previously catching, poisoning and killing dogs.

COST OF NEUTER AND RETURN vs. CATCH AND KILL .

To catch and kill as per the law costs: Tranquillising Euros 3.81 per dog. 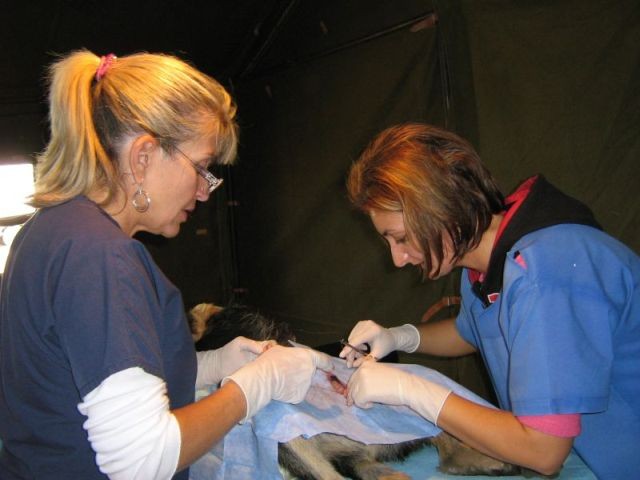 To neuter and return costs: Collecting/catching by hand by NGO: nil

This comparison assumes that vets’ salaries, personnel and fuel costs and general overheads are the same whether the dog management service operates a Catch & Kill or Neuter & Return policy.

As Law No. 227 specifies that shelters must be to EU standards and dogs vaccinated, dewormed and treated for parasites, even these costs are the same. Dogfood costs would be the same during recuperation or while awaiting slaughter.

The cost of Catch & Kill, assuming that the dog catchers collect and kill 25% of the dog population each year, will be € 225.000,- in the first year*, then Euros 175.000,- per year for ever afterwards, with no long term reduction in the unsupervised dog population achieved. So over 10 years the cost would be Euros 1.8 million and there would still be 6000 dogs or more in our typical town (human population 200,000).

* Cost in first year higher because of purchase of equipment, vehicles etc.